Great Falls City Commissioner Rick Tryon was right when he said that the First United Methodist Church downtown needs to be a better neighbor.  The church is continuing to allow people to live on the church grounds and just last week, a lady was found dead on church property.

After listening to the church service on Facebook Sunday,  the woman that died is apparently a woman by the name of Diana Cole.  She was found dead last Wednesday.  The problem with letting the homeless stay on church property has been going on for more than a year.  The city filed suit against the church earlier this year for having a tent city set up on church property.   That violated a city ordinance.  The church later told all the homeless to leave with their tents and they did.  But now they are back as you will see in these pictures below.  And the church has been letting this happen for several months.  And residents of the neighborhood don't like it.  They want it cleaned up.  You should have seen the dumpster outside the church this past Sunday.  It was disgusting.

At last weeks commission meeting Rick Tryon said the city has done everything they can to stop the problem at the church but he says the church is private property and if the church wants them on their property, there is nothing the city can do.  He said it is too bad we have some folks that refuse to be good neighbors, meaning the church.  By the way city officials,  you were able to kick the tent people out,  what about these pictures below?  Do they qualify as tents?  Asking for a friend that wanted to know. 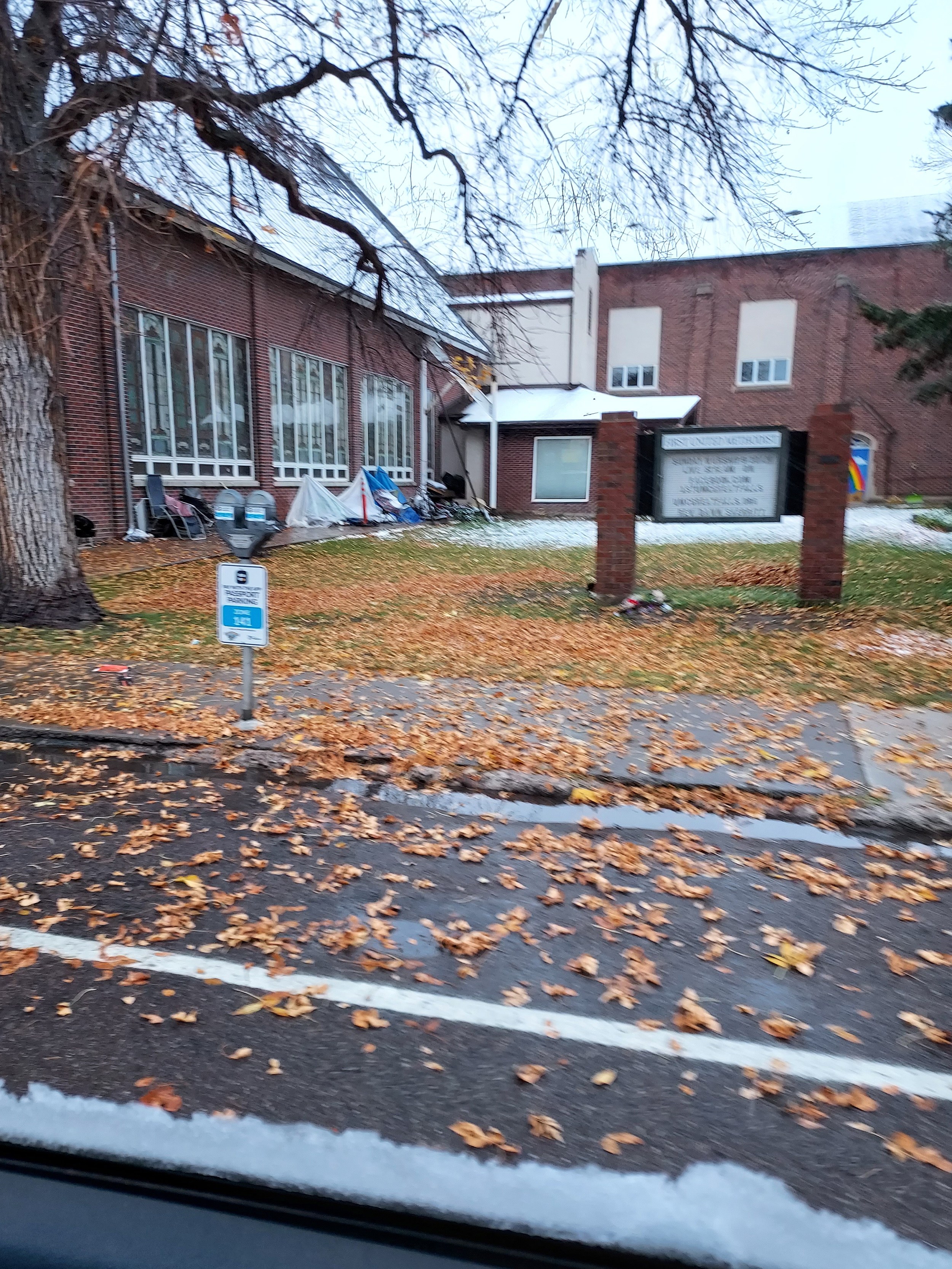 I thought the definition of a tent was a portable shelter?

First United Methodist Church Pastor Dawn Mauer Skeritt gave no indication what the church may do concerning the issue but she did says at last Sunday's service that church officials have some difficult decisions to make down the road.

Below is another camper set up along Second Avenue North.

I know if I lived in that area and purchased one of those expensive homes I would be hopping mad at what is going on at the church.  In fact,  Tryon said the city has had 246 calls in recent weeks because of issues with the homeless at the church and he says that puts a strain on the police department.  And lets face it,  what is happening at the church is not good for the people of downtown Great Falls.  This city is better than that and so is the church.

Lastly,  for all of those who were spreading rumors that the woman found dead at the church was the result of a murder,  you are wrong.  She died of natural causes due to alcohol.

Source: Opinion Piece: THEY NEED TO BE BETTER MEMBERS OF THE COMMUNITY
Categories: Articles
Comments
Leave A Comment
It is time to take a road trip to follow your favorite High School Football Team
We asked, you answered! Here are your horror movie favorites!
MIDWEEK MUG SHOTS
The incredible changes in Great Falls over the past 15 years (photos)
The Ole’ Job Bait And Switch
Murder Houses? Yes, please! (PHOTOS)
MSU Researchers Working To Make Better Maple Syrup
Great Falls Americans have big test this weekend against #2 Gillette
A WILD DAY FOR POLICE